Although WinForms may be “dead”, it does have one trick up its sleeve that WPF doesn’t, and that is you can run WinForms apps on mono. Here’s a simple guide to running a Windows Forms application on Ubuntu

Open a terminal window, and make sure everything is up to date with the following commands:

Now you can install mono with the following command:

Now we need to create our C# source file. You can use any text editor you like, but if like me you aren’t familiar with Linux text editors like vi or emacs, gedit is a simple notepad-like application which is easy to use. Launch it with the following command: (the ampersand at the end tells the terminal not to wait for gedit to close before letting us continue)

Now we’re ready to compile. The C# compiler in mono is gmcs. We’ll need to tell it we’re referencing the Windows Forms DLL:

To run the application, simply call mono, passing in the executable:

And that’s all there is to it! We have a WinForms app running on Linux. 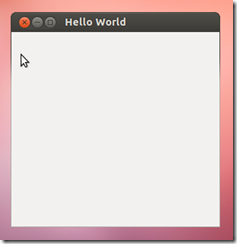 Although mono doesn’t support everything in WinForms, you can use most standard controls, so you can easily add further UI elements: 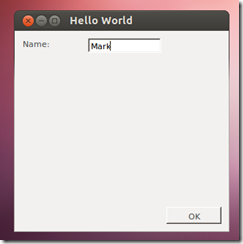 Obviously writing applications by hand like this is a bit cumbersome, but there is an IDE you can use for Linux called monodevelop. You install it like this:

This then gives you a nice editing environment, allowing you to debug, and manage project references (you’d usually add System.Windows.Forms and System.Drawing). Unfortunately it doesn’t offer a WinForms designer – for desktop apps it prefers you to use GTK#. Nevertheless, it’s a nice free IDE allowing you to experiment with getting your existing Windows Forms applications working cross-platform on Linux. (It seems this will also work on OS X with mono installed but I don’t have a Mac so I haven’t tried it out) 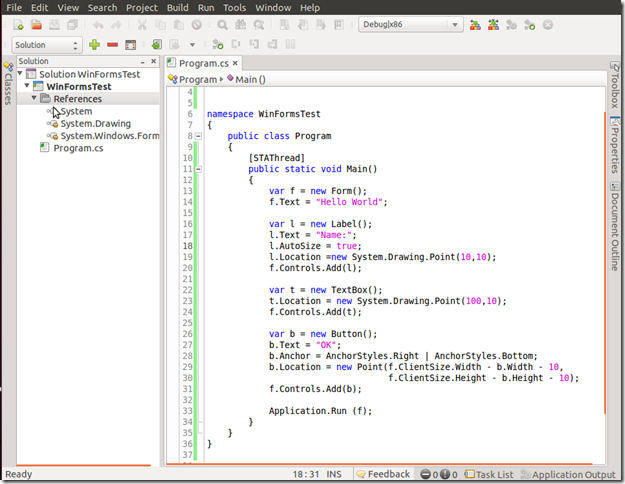 Want to learn more about Windows Forms? Be sure to check out my Pluralsight course Windows Forms Best Practices.
Tweet