I'm really excited to announce that my new Pluralsight course Azure Functions Fundamentals is now live! In this course I introduce what Azure Functions is for, why you want to use it, and explore many of it’s powerful capabilities including triggers and bindings, continuous deployment, debugging and monitoring.

As always with creating a course, it's been a pretty intense few months and I've learned a huge amount in the process. Here’s just a few things I've learned from my deep dive into the technology. 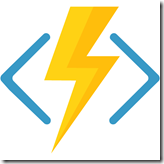 I've been working almost exclusively on Azure based systems for the last two years now, and so am very familiar with many Azure services, but I have to say Azure Functions already ranks as one of my favourites.

It is super easy to get something up and running quickly for a proof of concept, but it is also a fully-featured, production-ready platform you can rely on for business-critical systems. If you haven’t had a chance to look into it yet, it's well worth your time. It opens the door to a new serverless style of programming which has the potential to transform your application architecture.

Even though Azure Functions is a brand new addition to the Azure portfolio, it is already very feature-rich, because it is built directly on top of the existing App Service and WebJobs offerings. So all the powerful features and capabilities that they offer are already available as part of the Azure Functions platform.

In fact, when I was creating this course, I set myself the goal of trying every single feature that Azure Functions had to offer. I wanted to use every language, trigger, binding, deployment method, debugging method, security setting etc. I found it an almost impossible task as there was simply so much to explore. Pretty impressive for a product that is still essentially at v1.

It also meant that in the 3 hours of the course there was nowhere near enough time to discuss everything. So for example, for deployment I focused primarily on continuous deployment with Git, but it there are multiple alternative deployment strategies if you prefer a different approach. Likewise, for languages I used mostly C# and JavaScript, with one F# example, but there are several additional supported languages (e.g. Python, PowerShell) with more on the way (e.g. TypeScript, Java, Go, R …).

The other challenge with creating a course on Azure Functions is that it is still moving very rapidly. I held off recording anything until v1 went GA back in November but even since then there has been much progress, with new versions of Visual Studio and command line tooling (which I do demonstrate in the course), and even some significant new features such as the ability to deploy precompiled functions.

If you’re interested in keeping on top of what’s new in the world of Azure Functions, then do check out my Useful Azure Functions Links GitHub repo, which I keep regularly up to date with links to videos, blog posts as well as the official documentation, tooling and source code repositories.

Hope you enjoy the course!